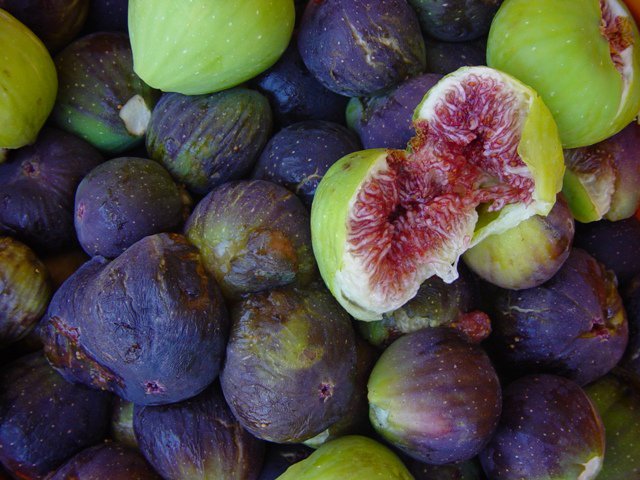 Organic and successful: Miss Fig from Poljica near Zadar

Poljica is a small village near Zadar where two cultural influences of Northern Dalmatia merge: Dinaric and Adriatic, each bringing their own peculiarities regarding way of life, culture, language or dialect.

Locals are mostly engaged in agriculture; growing fruits, vegetables, grapes, olives and figs, and that’s the reason why Poljica is also called an agricultural green oasis.

In Poljica, Sandra Babac and her family cultivate paradise fruit, figs. We visited their farm as it’s one of most successful family farms in Zadar county, exporting their  jams abroad,  and an inspiration for beginners in the organic production .

The fig is not just a delicious Mediterranean fruit, but has nourished generations of Dalmatians with its rich nutritional values.

Fig as food and medicine is mentioned in ancient Egyptian scriptures. In ancient Greece, it was one of the main ingredients of different dishes, while the Romans considered it a sacred fruit.

Fresh fig fruit contains up to 80 percent water, 15 percent fruit sugar, pectin, organic acids, vitamins and minerals. It is much lower in fruit sugar than the dried fig. Traditionally, Dalmatian women were drying green figs and later made the so-called fig bread or they would immediately cook the green fig  jam. In both cases it is delicious and healthy Dalmatian/Croatian gastro souvenir.

Dried figs are equally good. Dried figs are best used as a dessert fruit available all year round and also used to make quick unbaked cakes. Dried figs lined up in wreaths in combination with  bay leaf are  favorite as an edible souvenir.

Sandra decided to pick figs from an old tree in front of the family house and cook the jam according to a traditional recipe. The jam cooked on the chimney (komin) turned out to be of excellent taste, and what started as the afternoon fun became  serious family business and today a recognizable brand “Šinjorina Smokva”.  “Šinjorina smokva” jam consists of only one ingredient – organic green figs, so no preservatives, no sugar, no dyes, no additives, there is only thickened fig in the jar.

“We have a top quality green figs from our own orchard that has not been treated with anything – all the fruit is organically grown and we process it immediately after it’s been picked. We use only green figs not  the dried or frozen ones. Fig is processed with vacuum-cooker, Croatian made SF technology machine “- says Sandra.

In addition to figs, Sandra extended her production to other flavors, so at the moment there are five “Šinjorinas” such as marasca cherry (sour cherry), mandarin, quince and plum.

Sandra founded and organized Fig Festival In Zadar for 10 years.

In a really wide range of Mediterranean cultures, along with olives and vines, the fig tree occupies a special place, especially since it is one of the first plants that was cultivated for human consumption. It is an unavoidable part of traditional menu and can be combined with salty and sweet dishes, and the benefits for the body are:

• It is full of potassium and magnesium

• helps with sore throat and cough (acts as expectorants);

• antioxidant, minerals and vitamins in figs have a beneficial effect on immunity (help fight tumor diseases);

• helps and stimulates the intestines (acts as a laxative);

• stimulates brain function and concentration (thanks to magnesium, potassium, simple sugars such as glucose and fructose and the amino acid tryptophan) and improves spirit level and good sleep;

• has a positive effect on bone density.

“Šinjorina Smokva” has won numerous awards for quality and design.

We share with you some old recipes for dried fig cakes that we tested :

• Make small balls, make a small hole with your finger and put a couple of cherries in it. Shape the ball. Cherries can be fresh, frozen or from compote

Fig dumplings with a splash of rum

Grind biscuits (plasma, petit-beurre)  and mix with ground almonds. Add fig jam  and  splash of rum to the ground mass until the mixture is suitable for forming the balls. Divide the obtained mass into 2 parts. From the first, make balls, make a hole with your finger in which you put a little fig jam  and cover with sliced ​​dried figs (like a hat.)

In the second part of the mixture, add candied orange peel and a little almond. Combine everything well, roll the obtained balls in almonds (or in coconut flakes)  or just leave them as it is.