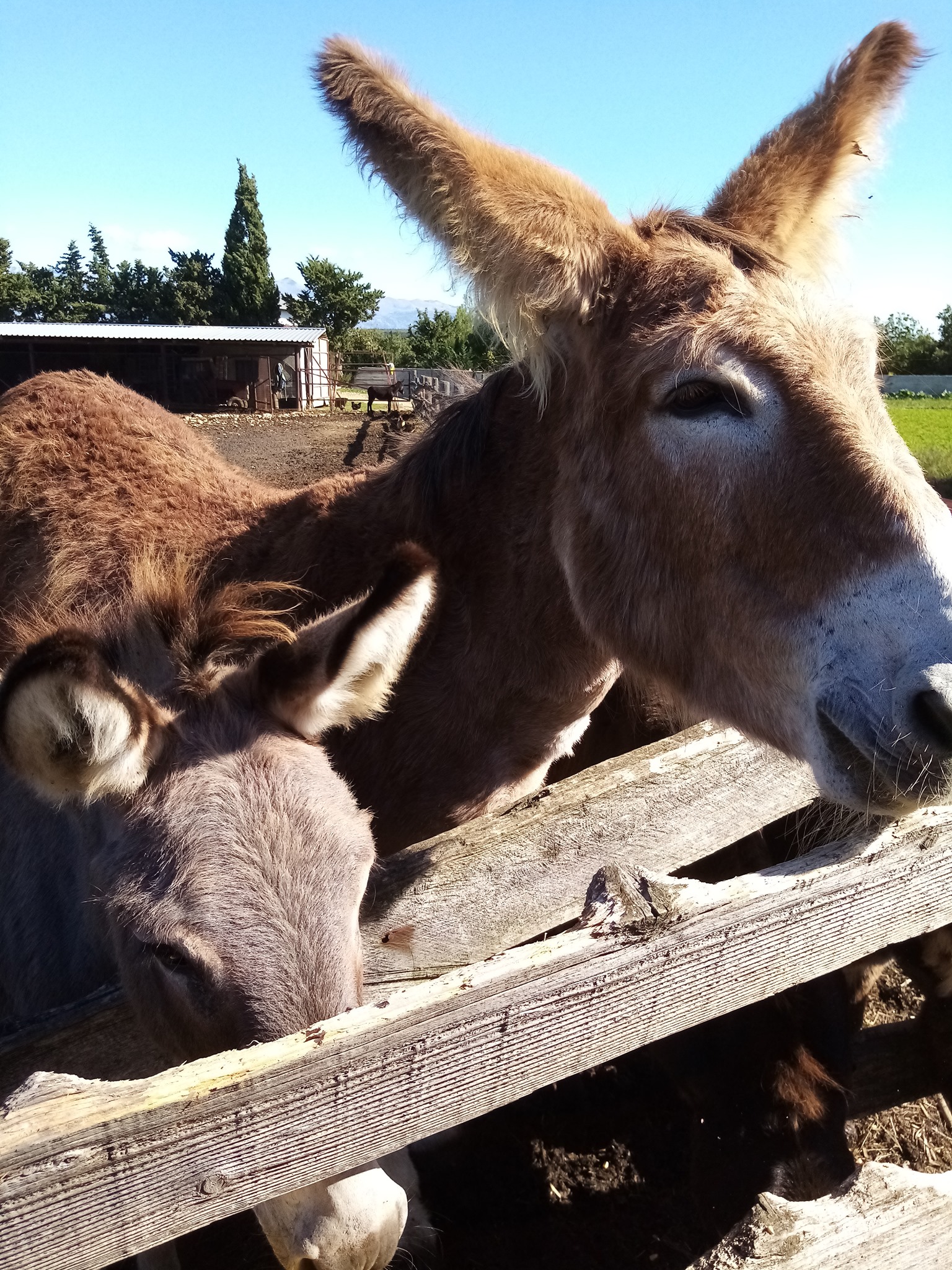 A successful donkey farm near Zadar: Why the donkey is a man’s best friend?

The donkey has been a good friend of mankind since time immemorial.

In the past, in the Mediterranean area, the donkey was an irreplaceable assistant in agricultural work, it was also the main means of transport, while today it is mainly used for exhibition purposes, but also for obtaining milk.

We visited the Dar-Mar donkey farm in the hinterland of Zadar on the family farm of Damir Štulina, which currently houses 40 donkeys. There used to be over 100 donkeys on the farm, but the owner decided to reduce the number in order to be able to produce all the necessary food for organic cattle breeding.

Donkeys are extremely hardworking, but can be very stubborn. If they decide something, it is very difficult to reassure them. This farm is home to many other domestic species in addition to donkeys: sheep, horses and several species of poultry. Yet, the main activity of the farm is the production of donkey milk.

Donkey’s milk has long been used for nutrition, healing, boosting immunity and beauty. The Greeks considered it a great medicine, and the Romans a luxury drink. Donkey’s milk is most similar in composition to breast milk. It has a low percentage of fat and a lot of vitamins, and as it tastes sweet, children like to drink it. Some children who are allergic to cow’s, goat’s and soy milk can easily consume donkey’s milk. This milk contains sixty times more vitamin C than cow’s milk and since it has vitamins A, D and E and is a rich source of calcium and phosphorus, it really is a nutritional gold mine.

Damir Štulina started breeding donkeys after people came to him in search of donkey’s milk, which has long been known as a cure for a child’s disease called whooping cough and today it has become a family business. His greatest reward is when those whom he helped to overcome their health problems with donkey milk call him with gratitude.